History of The County Louth with Sean Murphy

County Louth is named after the village of Louth, which is named after Lugh, a mythological warrior and leader of the Tuatha Dé Danann. Lúnasa the Irish word for August is called after him. Drogheda, its main town, was founded in 911 by the Norse Vikings.

The whole area became part of the O’Carroll Kingdom of Airgialla (Oriel) early in the 12th century under Donnchad Ua Cerbaill.

In about 1183, the area was settled by English farmers and became known as English Oriel.  It was controlled by England over most of the following centuries. Louth was a part of Ulster, until the late 16th century, before being included as part of Leinster.

Oliver Cromwell attacked Drogheda in 1649 slaughtering the Royalist garrison and hundreds of the town’s citizens at the start of a campaign in which a half million Irish people died or were transported. Towards the end of the same century, the armies of the warring Kings, James II and William (III) of Orange, faced off in south Louth during the build-up to the Battle of the Boyne;

In 1798, the leaders of the United Irishmen included a number of people from Louth. The book County Louth and the Irish Revolution, 1912–1923 documents the role played by people from the county in that revolutionary period. Gerry Adams of Sinn Fein represented the people of Louth in the government of the Republic of Ireland from 2011 to 2020. 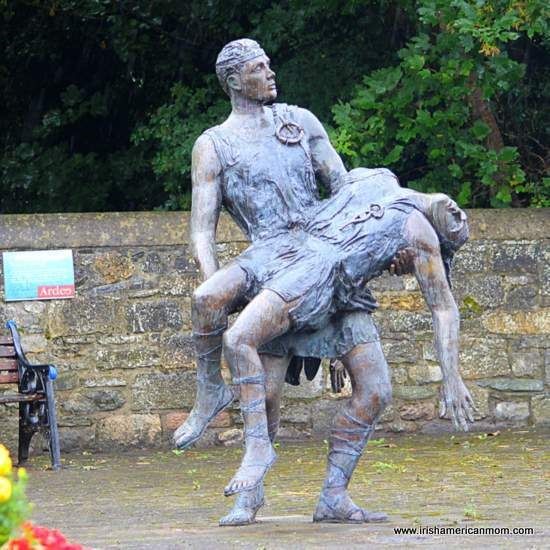 History of The Republic of Ireland with Sean Murphy