History of The Republic of Ireland with Sean Murphy

Article 4 of the  Constitution adopted in 1937 by the government under Éamon de Valera states that Éire is the name of the state, or in the English language, Ireland. Some Irish wit named the state “DevelEire”

Eire demonstrated its independence from Britain by remaining neutral in World War 11. As a result, Ireland was denied Marshall Plan Aid and was not admitted into the United Nations until 1955.

The 1950’s was the “lost decade” due to the high levels of emigration and unemployment.

The 1960 and ‘70’s saw the policy of economic nationalism replaced by direct foreign investment; traditional religious conservatism replaced by cultural and social openness; and the national question enter a new era with the emergence of the Civil Rights Movement, the Provisional IRA, and war on the streets of the 6-Counties that spilled over into the whole country.

By 1948 the country had been ruled by Fianna Fáil for sixteen years and most people wanted a change. The opposition parties in the Dáil came together to form a coalition government after the election in 1948.

1949 – Eire becomes the Republic of Ireland. 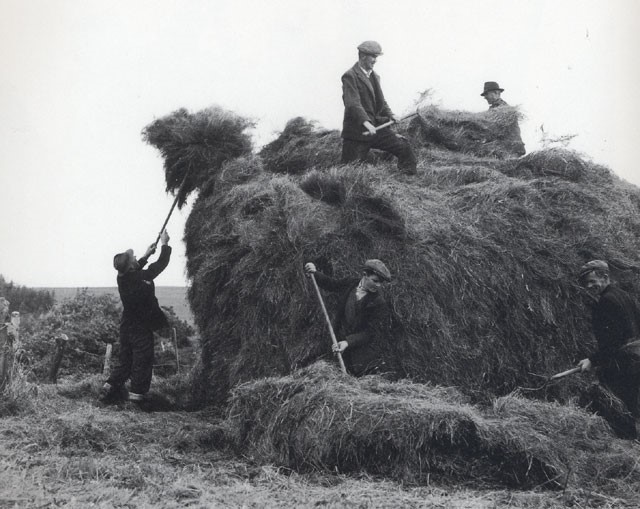 History of The County Louth with Sean Murphy