We're sorry, but all tickets sales have ended because the event is expired.

The devastating German air raids of April-May 1941 left  at least 1,100 people dead during four raids and many thousands injured. The raid on Belfast of 15-16 April alone resulted in the United Kingdom’s highest casualty rate in one night’s bombing. Over 200,000 people fled Belfast and many others were made homeless by bomb damage.

During the war the unemployment rate dropped rapidly and full employment – unimaginable in recent years – was achieved by 1944. Employment of women grew rapidly during the war.

Fearful of alienating Catholics, both in Éire and in Northern Ireland, the British government’s Compulsory Military Training Bill exempted Northern Irish citizens from compulsory military service. Prime Minister Craig and his Northern Ireland cabinet wanted it extended at once.

So keen was the British government to secure co-operation from Eire that first Chamberlain in 1940 and then Churchill in 1941 suggested the possibility of Irish unity in exchange for the end of neutrality. De Valera’s rejection of the offer saved the Northern government from having to accept constitutional change in the broader interest of the Empire and the allied cause.

Over 300,000 troops saw duty in Northern Ireland during the war; the majority of them British or American.

In 1946, parity of social services between Great Britain and the United Kingdom was agreed. This was only possible because London agreed to bankroll it. This was an expensive arrangement, but for unionists who hoped that it would keep Protestant voters loyal to the party while also helping to chip away at nationalist allegiance to the comparatively impoverished South, it represented a good deal. The immediate post-war period offered real encouragement to the beleaguered Unionist Party. The gratitude of both major British parties as a result of its wartime contribution was reflected in the 1949 Ireland Act which endowed Stormont, rather than the people of Northern Ireland, with the ultimate right to decide the constitutional position of the state.

These post-war developments on the national question were a “godsend to the IRA”. By the end of WW2, the IRA was at its lowest point. Now under a new leadership the organization grew and in 1956 it launched “the border campaign” known as “Operation Harvest” that was seen as ‘a decisive stage’ of resistance to British rule in occupied Ireland. The introduction of internment by the northern and southern governments was clearly a setback. This along with the lukewarm reaction in the nationalist community along the border and the rising influence of a new generation of middle class educated political activists led to the calling off of the campaign in 1962 and the rise of the civil rights movement. The emergence of Terence O’Neill as Prime Minister of Northern Ireland in 1963 was a reflection of growing divisions within Unionism and was to lead to the abolition of the Government in June 1972. 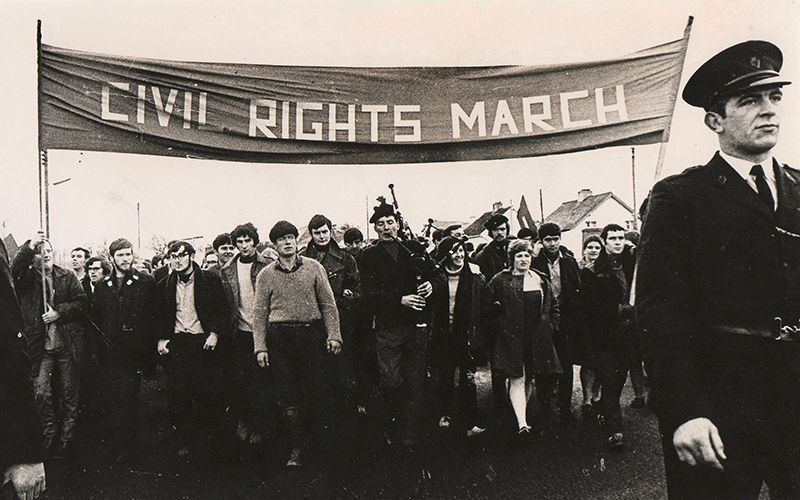 History of Christmas in Ireland