We're sorry, but all ticket sales have ended.

It is thought that humans established themselves in the Lough Gur area as early as 3000 BC, while megalithic remains date back further to 3500 BC. The arrival of the last Celts around 400 BC brought about the division of the county into petty kingdoms or túatha. From the 4th to the 11th century, the ancient kingdom of the Uí Fidgenti (Collins and O’Donovan) was approximately co-extensive with what is now County Limerick.

Limerick city was established by the Danes in 922AD. The Normans captured Limerick in 1195 and built King John’s Castle. They confiscated and then granted the Uí Fidgenti  lands to the Fitzgerald’s. Distrust by England of the leading Fitzgerald families precipitated a revolt against English Rule in 1569 which ended with confiscation of the vast estates of the Geraldines and other Irish families.

Limerick city was a battleground during the Cromwellian conquest of Ireland in 1649–53. The invasion of the forces of Oliver Cromwell in the 1650s included a twelve-month siege  by Cromwell’s New Model Army. During the Williamite War in Ireland (1689–1691) the city was to endure two further sieges, one in 1690 and another in 1691. Following the Irish defeat, the Treaty of Limerick was signed and was followed by the expulsion from Ireland of soldiers who became part of the exiles known as the “Wild Geese”.

The Great Hunger/ Famine of the 1840s set in motion mass emigration and a huge decline in Irish as a spoken language in the county.

Limerick saw much fighting during the War of Independence of 1919 to 1921 particularly in the east of the county. The subsequent Irish Civil War saw bitter fighting between the newly established Irish Free State soldiers and IRA “Irregulars”, especially in the city 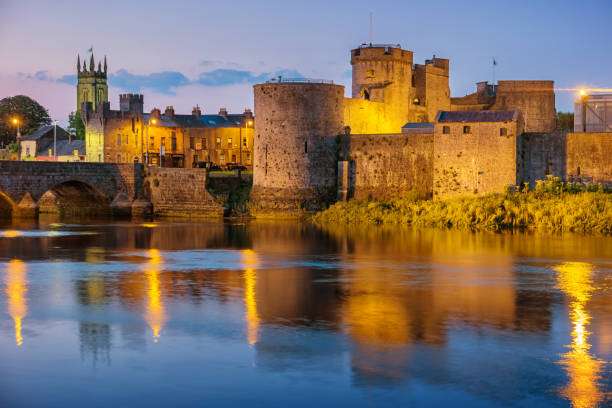